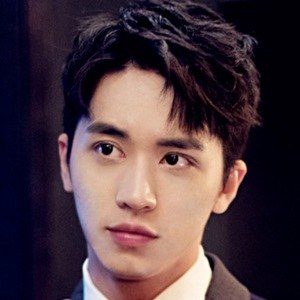 Chinese actor, singer, and songwriter who is most recognized for playing the characer of Bai Luoyin in the web series Addicted.

With a passion for art early on, he experimented in singing, dancing, composing, and playing instruments. He began forming bands with his friends in high school and went on to attend the National Academy of Chinese Theatre Arts in Beijing.

He is known for being the first solo artist from mainland China to hold a concert in South Korea.

He was born and raised in Shanghai, China.

He is known for singing the Chinese cover of the song "The Heroes" originally by Pierre Bouvier and Jeff Stinco.

Xu Weizhou Is A Member Of