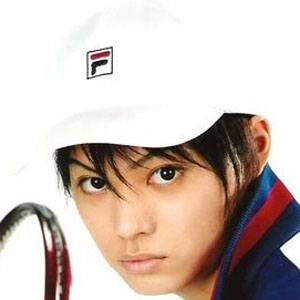 Japanese television, stage and film actor who is known for being part of the stage troupe, D-Boys.

He was born in Berlin before moving to Japan when he was 3 years old, and later attended an American boarding school where he learned English.

He released a photobook called 20-2.

His father traveled for his work and once moved the family to India when he was young.

Yanagi Kotaro Is A Member Of