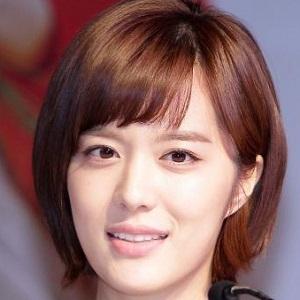 South Korean actress who played the role of Moon Hyo-jin in the television series Just Like Today. She later appeared as Do-kyung in the 2013 film Wish.

She made her acting debut in the 2010 film Wedding Dress.

She attended Ewha Womans University, where she studied Fine Arts.

She was raised in Seoul, South Korea.

She and Lee Na-young both became well-known South Korean actresses.

Yang Jin-sung Is A Member Of