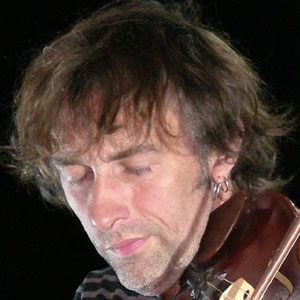 Solo artist and film composer best known for his work on the soundtrack for the French film Amelie. He is a talented multi-instrumentalist, playing instruments such as guitar, xylophone, and accordion.

He discovered punk rock in the 80's, which inspired him to buy his first electric guitar.

He won a Cesar Award for Best Music Written for a Film for his work on "Amelie" in 2001.

He and Will Oldham, a.k.a. Bonnie "Prince" Billy, both appeared on the Coil tribute album The Dark Age of Love in 2010.

Yann Tiersen Is A Member Of