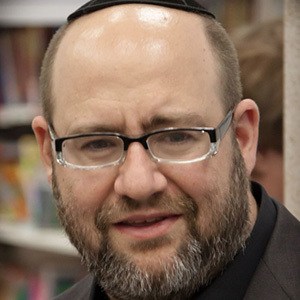 Author who has gained fame for his self-help books focusing on Kabbalah spirituality and depression recovery, including his 2004 work The Power of Kabbalah. As a rabbi, he helped co-run the Kabbalah Centre which led to him being named the #4 rabbi in the US' top 50 rabbis by Newsweek.

He began studying Kabbalah spirituality at an early age. He graduated from the Yeshiva Rabbinical Seminary of America in New York.

He was named an agent of change in education by GQ Magazine in 2009. He had his best-selling book The 72 Names of God published in 2003.

He attended GQ's Gentlemen's Ball in 2009, and was pictured alongside Ashton Kutcher on the red carpet.

Yehuda Berg Is A Member Of