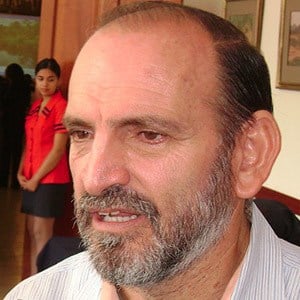 Accomplished politician whose career peaked when he became the President of the Peruvian Minister Cabinet in 2008. He went on to serve as the Second Vice President of Congress beginning in 2011.

He joined the Faculty of Veterinary Medicine at the Universidad Nacional Pedro Ruiz Gallo.

He was the Governor of the Lambayeque Region from 2003-09.

Ollanta Humala and Richard acuna Nunez are other well-known political figures from Peru.

Yehude Simon Is A Member Of