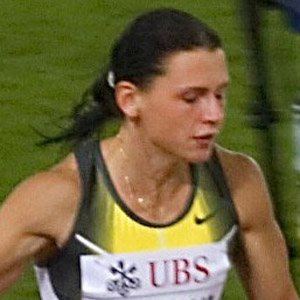 Sprinter who won a gold medal in the 4x100 meter relay at the 2008 Summer Olympics in Beijing.

She finished second in the 100 meter event at the 2007 European Indoor Championships in Birmingham, England.

She won a gold medal at the 2009 European Indoor Championships in the 60 meter sprint.

She was one of Russia's many gold medalists at the 2008 Olympics, along with athletes such as tennis player Elena Dementieva.

Yevgeniya Polyakova Is A Member Of