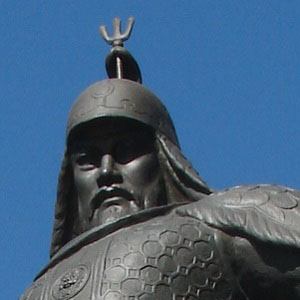 Remembered best for his 1597 victory at the Battle of Myeongnyang, this Korean military leader earned the title of Naval Commander for his bravery against invading Japanese forces during the late sixteenth-century Imjin War.

He began his military career as a member of the Bukbyeong army in Korea's northeastern Hamgyeong province.

He was killed in combat during the Battle of Noryang.

He was born and raised in Hanseong, Korea (present-day Seoul, South Korea), and he grew up as a member of the prominent Deoksu Yi clan.

Numerous historians have likened Sun-sin's skill as a naval commander to that of eighteenth-century British admiral Horatio Nelson.

Yi Sun-sin Is A Member Of