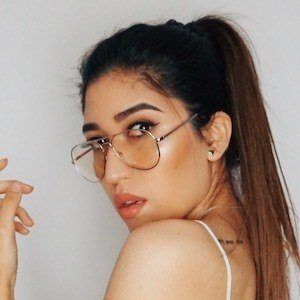 Spanish-language beauty and fashion vlogger who has gained more than 1 million subscribers creating tips and tutorials videos for her YouTube channel Yoana Marlen Style. She also has a second vlogging channel called Yoana Madafaka and is quite popular on her eponymous YouNow stream.

She created her YouTube channel in June of 2011 but didn't post the first video titles "Get ready for the night/ Interactivo con PRIMA VIKINGA." until November 2013.

One of her most popular YouTube videos is the June 2015 video "Elimina PUNTOS NEGROS y ESPINILLAS!!" which earned more than 2 million views within a year of being posted.

Yoana Marlen Is A Member Of