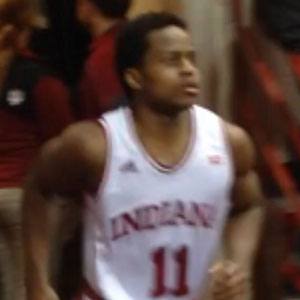 Point guard who began his collegiate career at Indiana University in the 2012. He began playing for the Dallas Mavericks in 2017.  He has been plyaing for the Sacramento Kings since 2018.

He attended Park Tudor School, where he graduated as Rivals.com's third-ranked point guard recruit and was a McDonald's All-American.

In his first season at Indiana, he was named to the All-Big Ten Freshman Team.

He was born to Lydia Ferrell and Kevin Ferrell Sr. He began dating Darian Barnett in 2016.

He played under head coach Tom Crean at Indiana.

Yogi Ferrell Is A Member Of