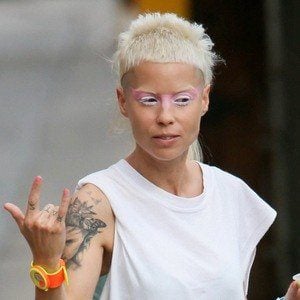 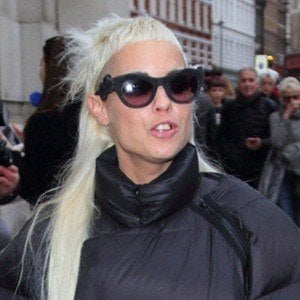 Eccentric vocalist from South Africa best known as a member of the rave-rap crew Die Antwoord. She and the band attained viral fame following the release of their 2010 single "Enter the Ninja."

She was originally a member of the electronic rap group The Constructus Corporation in the early 2000s.

She is famous for her outrageous and provocative fashion choices onstage and in music videos for singles like "I Fink You Freeky."

She was previously bandmates in Die Antwoord with late DJ Leon Botha.

Yolandi Visser Is A Member Of