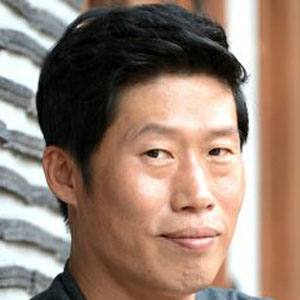 Known for his roles in such South Korean films as Moss, The Unjust, and King and the Clown, this acclaimed character actor earned Grand Bell, Blue Dragon, and Korean Film Awards and also appeared in several television series, including SBS's The Land.

During his final two years in high school, he became a member of a local theater company. Although he was not accepted to drama school right away, he eventually received an offer of admission from the Seoul Institute of the Arts.

He grew up in South Korea's North Chungcheong Province. He was briefly romantically involved with his Tazza: The High Rollers and Kick the Moon castmate, actress .

He and Lee Joon-gi both received Grand Bell Awards for their roles in the 2005 film King and the Clown.

Yoo Hae-jin Is A Member Of