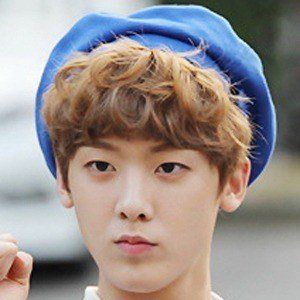 Pop singer and dancer who rose to fame as a member of the popular K-pop band Astro. His and the band's debut EP, Spring Up, cracked the top five on the Korean album charts in 2016.

He grew up in Seoul, South Korea and attended Baegwoon Middle School. He was accepted to become a Fantagio iTeen trainee in 2012.

He is also an actor who began appearing on the series To Be Continued in 2015.

He was born in Seoul, South Korea and grew up alongside an older brother.

He played the younger brother of Seo Kang-joon's character on To Be Continued.

Yoon San-ha Is A Member Of