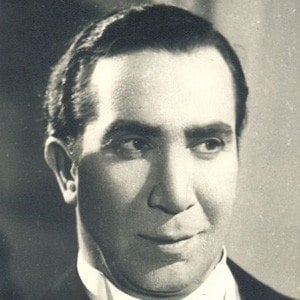 Egyptian movie and stage actor and director who was known as one of the kings of the Egyptian stage. He starred in around 50 films during his career, including 1955's Life or Death.

He made his movie debut in the 1932 film, Sons of Aristocrat, which was well received by critics.

His father was a government official. He consistently refused to embrace his family's wealth and resented it.

He was prominent during the same era as American actor and director Orson Welles.

Youssef Wahbi Is A Member Of