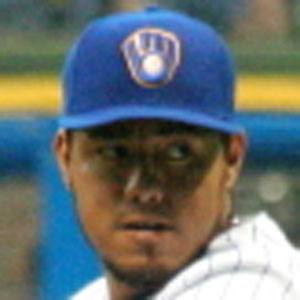 Starting pitcher known for his durability, consistency, and good hitting ability for a pitcher. He debuted for the Milwaukee Brewers in 2007 and spent eight years with the team before a 2015 trade sent him to the Texas Rangers.

He was an All-Star and Silver Slugger for the Brewers in 2010.

He married Patricia Gallardo and he has a son named Yovani Jr.

He was teammates with shortstop JJ Hardy in Milwaukee.

Yovani Gallardo Is A Member Of