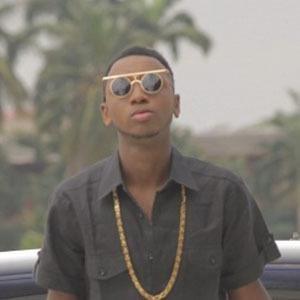 Hip-hop star who began finding mainstream success with the release of his single "Oh My Gosh" in 2011. He capitalized on the song's popularity by releasing his first full-length album, Green Light Green, later that year.

He grew up in Warri, Delta State, Nigeria and studied at FGC Warri, during which time he joined the music group G-Squad.

His video "First Class" was nominated for a Nigerian Music Video Award for Best Hip-Hop video.

His real name is Onome Onokohwomo. He is the eldest child in a family of five.

His song "So Far Gone" is freestyle to Wiz Khalifa's "This Plane."

Yung6ix Is A Member Of