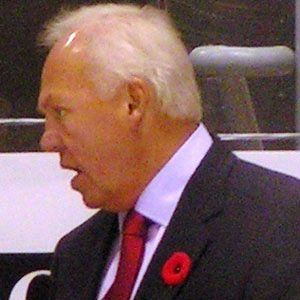 Hall of Fame right winger for the Montreal Canadiens who was nicknamed the Roadrunner for his blazing speed.

He had to have specially tailored pants since his legs were extremely muscled.

He won 10 Stanley Cups during his 15-year NHL career.

He was born in Drummondville, Quebec.

He became one of the few players to score five goals in a single NHL game; Wayne Gretzky did it twice.

Yvan Cournoyer Is A Member Of