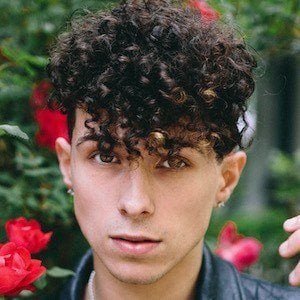 Vine star and music producer who dropped his first original single, "Sunshine," in June of 2014. He used his Vine account to promote his music, but also posted funny daily life video blogs. He has more than 280,000 followers on Instagram.

He was about 13 years old when he realized he wanted to be a performer. One of his first groups was called The Boy Band Project.

He released his single via his YouTube channel TheMannZac, where he has also posted covers of top artists' songs such as Calvin Harris, Trey Songz, and Ellie Goulding.

He was raised in Evansville, Indiana, but later moved to Los Angeles, California. He has a little brother named Nic.

He has posted several covers of the Trey Songz track "Na Na" to his YouTube channel.

Zac Mann Is A Member Of