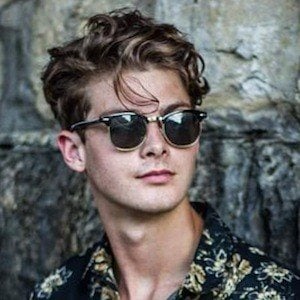 Singer most famous as one of the members of the country music group Restless Road. The group came in fourth place on the third season of The X Factor and went on to tour in support of Demi Lovato.

His first job was pollinating corn on a farm in Iowa.

His band took the top spot on the iTunes Country Chart with a cover of Avicii's 2013 hit "Wake Me Up."

He has sisters named Olivia and Elyse.

He covered "Wanted" by Hunter Hayes during the semifinals of The X Factor.

Zach Beeken Is A Member Of