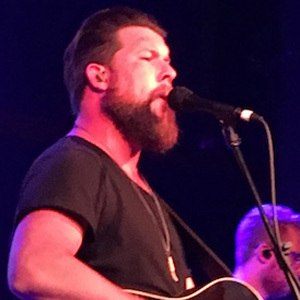 Vocalist and guitarist who fronted the southern rock band Zach Williams & The Reformation from 2007 to 2012. His debut solo album, Chain Breaker, was released in December 2016 and made him a popular voice in the world of Christian rock.

He was raised in Jonesboro, Arkansas.

His first solo single, "Chain Breaker," made it to #1 on U.S. Christian Songs charts.

He married a woman named Crystal, with whom he has children.

His solo album was released on Essential Records, which has also been the home of singer Matt Maher.

Zach Williams Is A Member Of