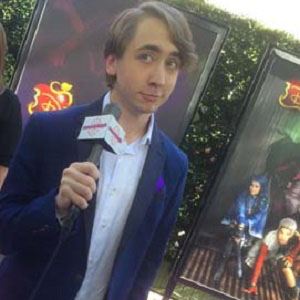 Disney Channel personality who became best known for his portrayal of Doug in the hit TV movie Descendants.

He landed a minor role as a dancer in the 2014 TV movie Zapped.

He is from Vancouver, British Columbia, Canada. He has a younger sister as well as a half-brother and a half-sister. He frequently posts photos on Instagram of him and his girlfriend Kaitlyn. His dog, Vincent, has his own Instagram.

He starred alongside Booboo Stewart in Descendants.

Zachary Gibson Is A Member Of