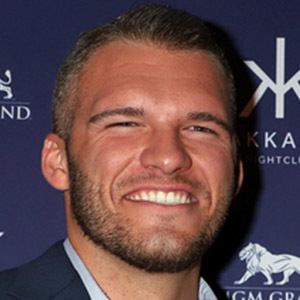 Professional wrestler who is known for fighting under the name Zack Clayton. Beyond his own career, he gained attention for his relationship with Jersey Shore cast member and reality television star JWoww.

He started by sharing fitness and lifestyle related photos through his Instagram in February of 2014. It wasn't until April of 2016 that he started wrestling professionally. He started gaining attention in April of 2019 when JWoww's press rep confirmed the couple's relationship.

He went to Universal Studios in Orlando with his girlfriend JWoww and shared a photo of the couple standing in front of the Hogwarts castle to Instagram in April of 2019.

He was born and raised in Bethlehem, New York. He and JWoww got engaged atop the Empire State Building in February 2021.

He was mentioned in the show It's Happening with Snooki and Joey Camasta where Snooki stated, "he's very handsome".

Zack Carpinello Is A Member Of