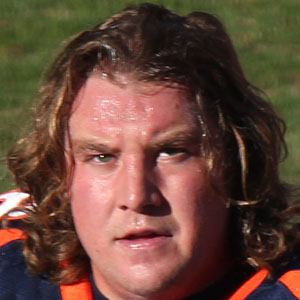 Offensive lineman who was an All-American at the University of Utah and was selected to his first NFL Pro Bowl in 2012 after debuting for the Denver Broncos in 2010.

He was an all-state selection at Hillcrest High School in Utah.

He was taken in the second round of the 2010 NFL draft by the Broncos.

He was born to Brad Beadles and Jamie Legerski.

He debuted for the Broncos the same year as Heisman Trophy-winning quarterback Tim Tebow.

Zane Beadles Is A Member Of