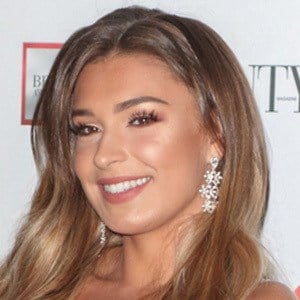 Famous for her appearance on the hugely popular reality TV series Love Island. She debuted during the show's 2018 fourth season, and has since gained fame on her self-titled Instagram account.

She worked as a government adviser prior to joining the cast of Love Island.

She has amassed more than 1.5 million followers to her verified Instagram account. She has had her own clothing line released through Little Mistress London.

She was previously romantically linked to Adam Collard. She has been in a relationship with Sam Thompson of Made in Chelsea since 2019.

She and Dani Dyer appeared together during season 4 of Love Island UK in 2018.

Zara McDermott Is A Member Of