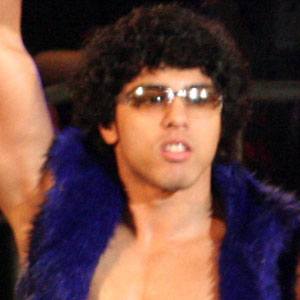 Wrestler for TNA, who was born Michael Paris. He won an X Division Championship under the name DJ Z.

He trained for 14 months at the Coalition of Competition in Pittsburgh before debuting as Shiima Xion.

He was featured in the 'Introducing...' article in Pro Wrestling Illustrated's The Wrestler in 2007.

His mother was a mail-order bride.

He lost his X Division Championship to Rob Van Dam.

Zema Ion Is A Member Of