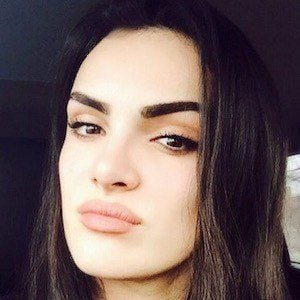 Albanian model and beauty queen known for being Miss Universe Albania 2014. She represented her country at Miss Universe 2014, but finished unplaced.

She started competing in pageants when she was eight and first participated in Miss Universe Albania in 2012.

She's been represented by Grace Models and has more than 10,000 Instagram followers.

She was born in Albania, but due to political strife in the country in the 1990s was forced out of the country. She grew up in Belgium, England, the Netherlands, and France.

Zhaneta Byberi Is A Member Of