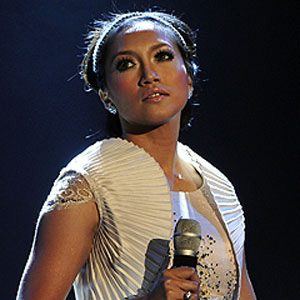 Malaysian singer, songwriter, model, and actress known for such pop hits as "Madah Berhelah" and "Puncak Kasih." She also worked for many years as an ambassador of the Slimworld Beauty House.

She signed her first recording contract in 1990 with BMG Asia Pacific and her first album, released in 1991, sold 40,000 copies.

She performed in 2010 in a musical theater piece entitled "Teater Muzikal Gamat 2."

She has a brother named Anuar. She married flight attendant Armin Zaharin Ahmad Zambri Armin in 1998. The couple had several children, including twins.

Ziana Zain Is A Member Of