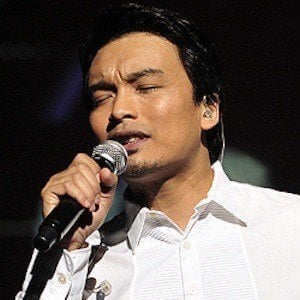 Award-winning Malaysian singer known for his four eponymous albums released between 1998 and 2011. He's also worked as a commercial model.

He worked as a steward for Malaysia Airlines in the 1990s.

He released his first album in 1998. He sued his old record company in 2010 for unpaid royalties.

His father was a talented singer, but had a career in law enforcement instead.

His sister is Ziana Zain.

Anuar Zain Is A Member Of