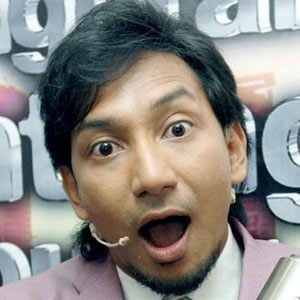 Comedian, actor, and TV host who came in second in the Raja Lawak (King of Comedy) reality television competition. He then went on to star in several films, including 2012's Hantu Kapcai and 2013's KL Gangster 2.

He grew up in Dungun, Terengganu, Malaysia with one sibling.

He was the winner of a reality television competition called Super Spontan and has been deemed the Emperor of Comedy in Malaysia.

He was born to Abdul Razak and Anai Ibrahim.

Zizan Razak Is A Member Of