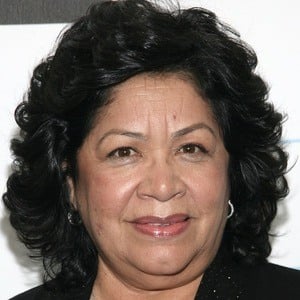 Bravo reality television personality on the show Flipping Out who began as a weekly housekeeper for Jeff Lewis before being promoted to full-time employee. She has been seen on other programs such as Cheer Perfection and Interior Therapy with Jeff Lewis.

She was born in Nicaragua and would reside in California later in her life. She became the "Director of In-House Operations" for Jeff in 1998.

Her employer Jeff Lewis paid for her to have plastic surgery done.

She has three daughters and was raised alongside several sisters. She is a divorced woman.

She and Jenni Pulos Nassos have both been regulars on Flipping Out since the show's first season.

Zoila Chavez Is A Member Of