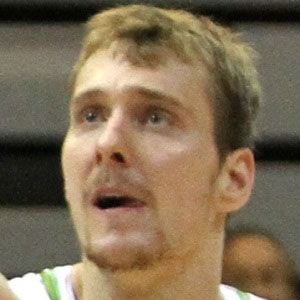 Slovenian shooting guard and small forward who won two Slovenian League titles with KK Krka and was named Slovenian League Finals MVP in 2011. He made his NBA debut with the Phoenix Suns in 2014 before being traded to the Miami Heat in 2015.

He joined Ilirija Ljubljana in the Slovenian 1B league in 2004. He made his Slovenian League debut with Geoplin Slovan two seasons later.

When he and his brother teamed with Markieff and Marcus Morris in Phoenix, it marked the first time in NBA history that two sets of brothers played for the same team at the same time.

He has been married. His brother is star NBA point guard Goran Dragic.

He joined All-Star shooting guard Dwayne Wade in Miami in 2015.

Zoran Dragic Is A Member Of