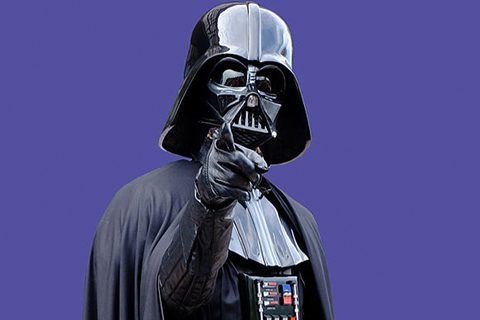 Born Anakin Skywalker, he is a former Jedi turned Sith master who became a leader in the evil Galactic Empire. He is known for his heavy breathing, deep voice and all black uniform.

He was ranked the third greatest movie villain by The American Film Institute on their 2003 list 100 Years... 100 Heroes and Villains.