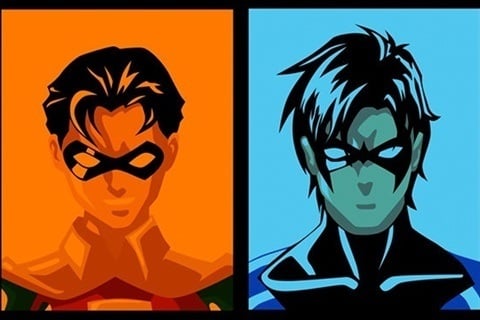 Originally appearing in Detective Comics #38 as the original incarnation of Robin, the crime fighting partner of Batman. The character name Robin would later be retired and the name Nightwing was adopted.

He comes from a family of Gotham City acrobats called the "Flying Graysons." He would also become the leader of the Teen Titans.