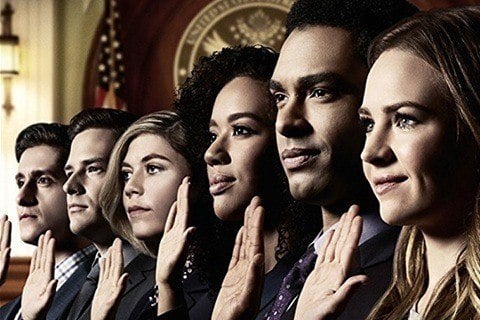 Shonda Rhimes-produced legal drama series that follows lawyers of the the Southern District of New York Federal Court working for both the defense and the prosecution.

The pilot was filmed featuring actors Britne Oldford and Lyndon Smith. Britt Robertson and Jasmin Savoy Brown would replace them, and the pilot was re-shot.

For the People Popularity

For the People Fans Also Viewed