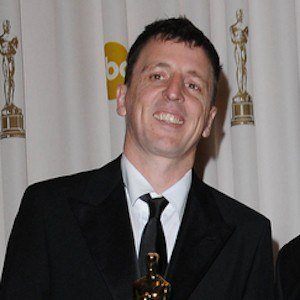 Music producer, audio engineer, and film composer who is best known for his work with Trent Reznor of the industrial rock band Nine Inch Nails. He and Trent Reznor won the Academy Award for Best Original Score for their work on the 2010 film The Social Network.

He began to develop a reputation in recording studios for his programming in the 1990's.

He wrote the main theme song for the hit AMC series Fear the Walking Dead.

Atticus Ross Is A Member Of