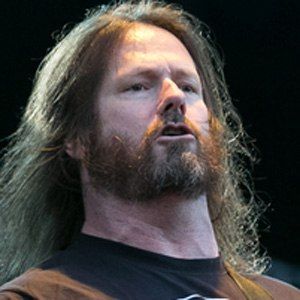 Thrash metal musician and songwriter who played lead guitar for the bands Slayer and Exodus. Between 1982 and 2010, he performed on fourteen Exodus albums, including Lessons in Violence and Bonded by Blood.

He joined Exodus in 1981, following the departure of the band's previous guitarist, Tim Agnello.

He was influenced by the musical careers of Michael Schenker, Ritchie Blackmore, and Angus Young, among others.

Born in Richmond, California, he later settled in Pinole, California with his wife Lisa Perticone and his two daughters.

After Kirk Lee Hammett left Exodus to become the lead guitarist of Metallica, Holt was largely responsible for keeping Exodus from disbanding.

Gary Holt Is A Member Of