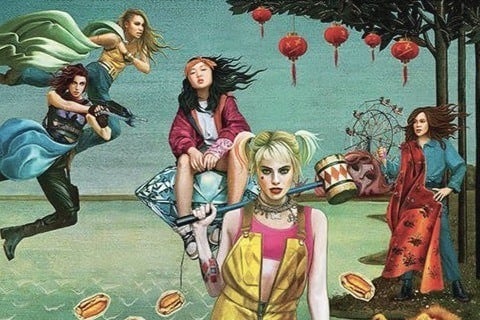 Spin-off of the DC Comics film Suicide Squad which follows Harley Quinn on a mission to save Cassandra Cain from Gotham City crime lord Black Mask with the help of Black Canary, the Huntress, and Renee Montoya.

The movie was intended to be the eighth film in the DC Extended Universe. The full title of the film is Birds of Prey (and the Fantabulous Emancipation of One Harley Quinn).