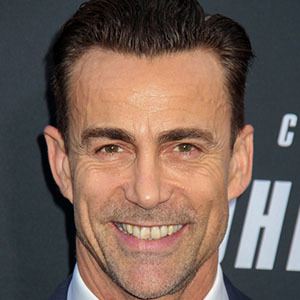 Swiss actor and martial artist who is best recognized for his role as Kirill in the 2014 feature film John Wick. He is also known for having starred on the 2018 television series Altered Carbon.

He first started his acting career in 1996. when he made his feature film debut in Bloodsport 2. He gained further attention in the 1999 Mortal Kombat: Conquest series where he played Siro.

As a stunt performer, he has worked on several major films including Atomic Blonde and Captain America: Civil War.

He married fellow actress Lisa Stothard and together they have a daughter named Bella Bernhardt.

He is also known for having previously served as Bob Odenkirk's personal trainer.