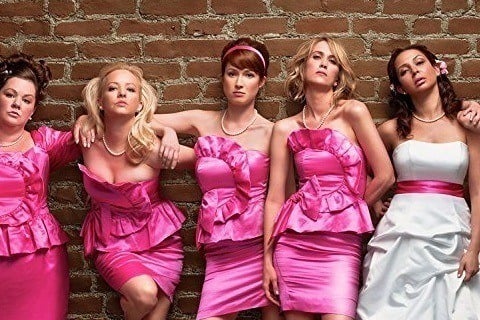 A maid of honor and a bridesmaid compete for the love and attention of the bride. The Paul Feig film was produced by Judd Apatow and was Academy Award-nominated for Best Supporting Actress (Melissa McCarthy) and Best Original Screenplay.

Kristen Wiig wrote and starred in the film. Prior to filming, the cast spent two weeks improvising the story with one another. Wiig also appeared alongside Melissa McCarthy in the Ghostbusters reboot. It was nominated for a Golden Globe Award for Best Motion Picture - Musical or Comedy.