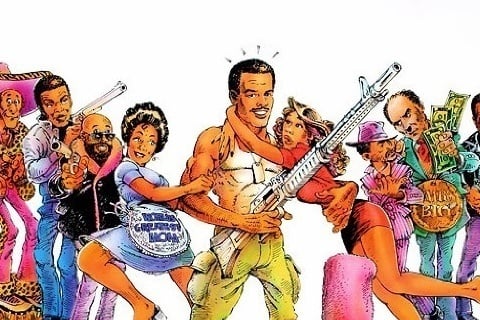 A parody of blaxploitation films, the film follows John Slade seeking vengeance against the white crime lord that killed his brother through the sale of gold chains on the street.

An hour-long TV program based on the film called Hammer, Slammer, & Slade debuted in 1990. The film was published on DVD in 2001.