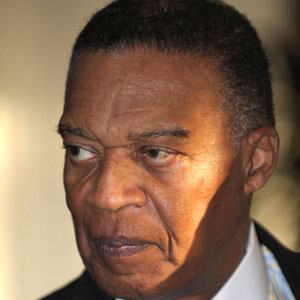 He made his acting debut in the sequel to The Magnificent Seven called Guns of the Magnificent Seven. Other earlier roles included a starring role as Mike Harris in Harris and Company and a part opposite Burt Reynolds in Sharky's Machine.

He appeared in notable films including Spies Like Us, Bill and Ted's Excellent Adventure, and Another 48 Hours.

He resided in Los Angeles, California but was born in Wyco, West Virginia.

He portrayed a spoof of himself in Keenen Ivory Wayans's film I'm Gonna Git You Sucka, playing a part as a football player turned actor.

Bernie Casey Is A Member Of