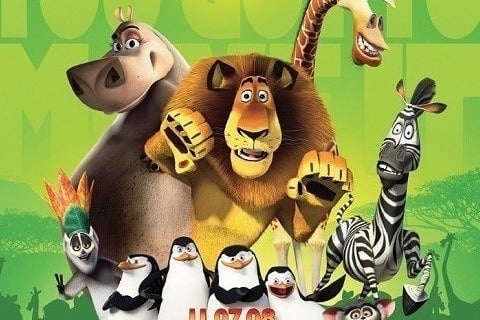 The animal gang finally flies off of Madagascar but quickly crash lands in an African wildlife refuge where Alex reunites with his family and does not want to go to New York City zoo again. The film is the second in the series.

All of the zebras in the film are voiced by Chris Rock. The mark on Alex's paw is shaped like the continent of Africa.