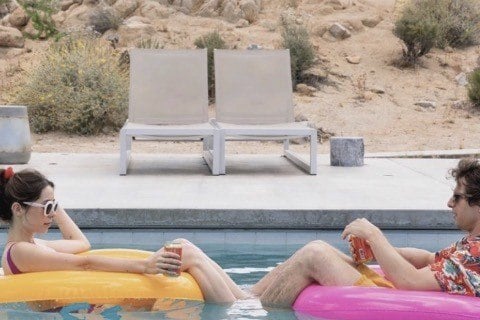 Nyles and a reluctant maid of honor, Sarah, have a chance encounter at a Palm Springs wedding and are unable to escape from the venue or each other. Max Barbakow directed the film.

Though the film is titled Palm Springs, it was shot in Santa Clarita, California. It was produced by the guys from The Lonely Island and premiered at the 2020 Sundance Film Festival.