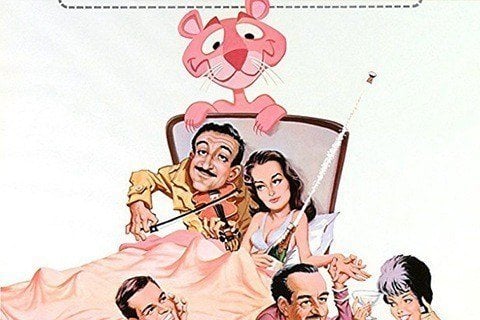 Original film that launched the Pink Panther media franchise. It centers on the inept Inspector Clouseau who travels to Rome to catch a jewel thief looking to steal a princess' priceless diamond known as "The Pink Panther."

In 2010, the film was preserved by the Library of Congress as part of its National Film Registry. It launched a franchise that included short films, animated series, numerous sequels and a reboot film series starring Steve Martin as the famous inspector.