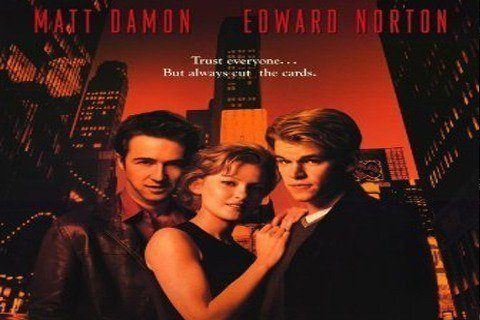 Two friends with a love of playing poker end up having the habit control their life.  The movie centered around Texas Hold 'em, a game which would later gain popularity as part of The World Series of Poker.

Martin Landau plays a professor in the film who counsels Matt Damon's character. Many pro poker players have said Rounders played a part in them dedicating themselves to Poker.