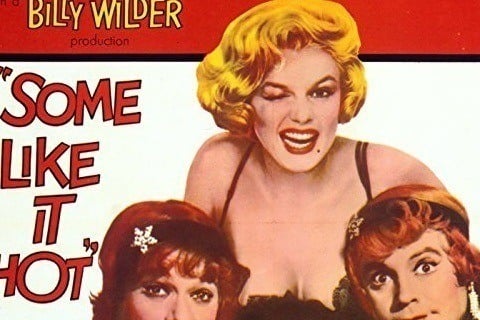 Classic comedy about two male musicians who disguise themselves as women to hide from mafia members after witnessing a murder.

It was voted as the #1 comedy of all-time on AFI's 2000 poll 100 Years... 100 Laughs. The film earned six Academy Award nominations, winning for Best Costume Design-Black and white.