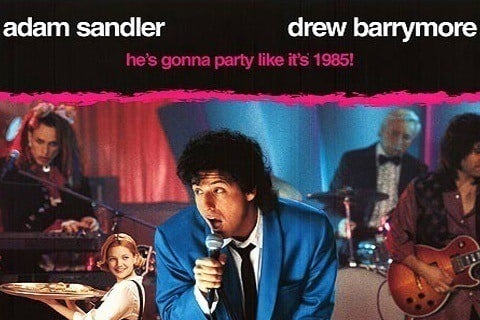 A wedding singer, Robbie, and a waitress, Julia, are engaged to the wrong people, then Robbie realizes his love for Julia and must prove his love before she marries the wrong man. The film grossed over $123 million worldwide.

The film was later adapted into a Broadway musical. The movie was filmed in various locations in and around Los Angeles, California.