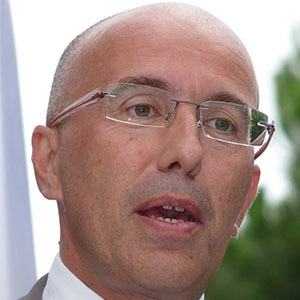 French politician who is recognized for having served as a member of the National Assembly for Alpes-Maritimes 1st constituency. He is also known for his work with The Republicans political party.

He attended school at the Paris Institute of Political Studies. He then became a key name in politics in 2008 after he was elected to the General Council of Alpes-Maritimes in 2008 for Saint-Martin-Vesubie.

He is also recognized for having served as a member of the Board of Directors for the French Office for the Protection of Refugees and Stateless Persons.

He was born and raised in Nice, France.

He is a member of The Republicans political party in France alongside Nicolas Sarkozy and Jacques Chirac.

Éric Ciotti Is A Member Of