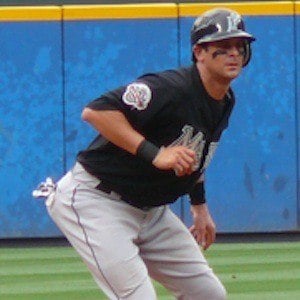 Former MLB third baseman who played for the Cincinnati Reds for most of his career. After retirement, he spent time working as an ESPN analyst, then in 2018, he became manager of the New York Yankees.

He had a successful collegiate career playing at the University of Southern California.

He is known for hitting the home run that won the 2003 ALCS for the New York Yankees against the Boston Red Sox.

He had two children with his wife, Playboy model Laura Cover. His father Bob and brother Bret also played in the MLB.

He played alongside Derek Jeter on the New York Yankees.

Aaron Boone Is A Member Of