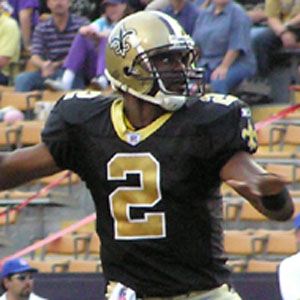 Former NFL quarterback who started for the New Orleans Saints from 2000 to 2005.

He was awarded a scholarship in 1996 to play football at the University of Virginia.

He had his best passing year in 2002, when he led the NFC in passing touchdowns.

He fathered three children with his wife Tisa.

His second cousin, Michael Vick, also proved himself as an NFL quarterback.

Aaron Brooks Is A Member Of